Welcome to the first installment of CLM’s monthly competitive recap! The aim of these articles will be to provide a quick overview of some of this month’s most interesting tournaments, player trends, and upsets!

August 2021 provided the most offline tournaments thus far in the COVID era (12) for CLM thanks to the first COVID era CLM regional, Hold That L (HTL). We saw a variety of tournament winners this month, including Mattchu (BHOP #2), snacklepackle (BHOP #3), UGS | Michael (Midlane, TPS #108), Skerzo (5 tournaments!), and even out of region players Smashdaddy (Midlane) & LG | Ginger (TPS #109, HTL #6)!

Let’s focus in on those last two CLM players, Skerzo and UGS | Michael. Before August 2021, Michael had won all but one tournament he entered this season with a 7-3 record on Skerzo. This month we’ve seen a complete reversal of this dynamic with Skerzo rocking a cool 8-3 record on Michael in August. Skerzo now holds an 11-10 record on Michael this season and the discussion of who will be #1 in CLM has become that much more interesting.

The biggest tournament of the month, of course, was Hold That L 6! Check out Hank Strandberg’s article on PGStats for the high level recap! Below are the CLM members who reached Top 32: 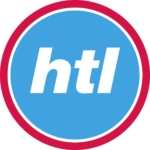 Let’s finish off with some of the most exciting upsets in CLM this month! I have 4 that come to mind:

And that’s it for this month! Let me know in the comments what you think and what data points you’d want to see for next month’s column!